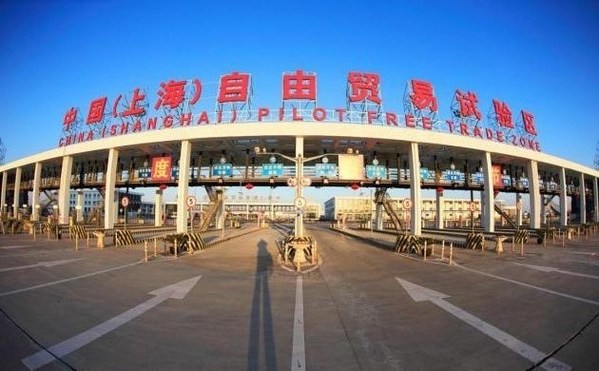 The China (Shanghai) Pilot Free Trade Zone (FTZ), the first of its kind in China, was established in September 2013 and has been a leader in the country's reform and opening-up ever since.

The Shanghai FTZ, located in the Pudong New Area in eastern Shanghai, consists of the Free Trade Areas, the Lujiazui Financial Subzone (including the Expo Area), the Jinqiao Development Subzone, and the Zhangjiang High-tech Zone. The Lin-gang Special Area was set up in August 2019.

Over the past seven years, the Shanghai FTZ has worked to facilitate trade and investment, improve governance, and promote financial innovation, leading to impressive achievements in the country's institutional innovation.

Some of the zone's most successful innovations include lists of areas that are off-limits to foreign investment, the introduction of the China (Shanghai) International Trade Single Window, the separation of business licenses and operating permits, and the Free Trade Account system.

Food sales, catering services, and online orders are considered separate categories in traditional business models, but Hema Fresh launched its first store combining the three in the Shanghai FTZ. This is a typical example of the zone's efforts to optimize its business environment.

The fresh food chain has seen rapid growth since its first obtained its business licenses in 2016, according to Hema Fresh CEO Hou Yi.

As a national leader in opening-up and innovation, the Shanghai FTZ has attracted many of the world's top innovators and investors.

Statistics show that by the end of June 2020, 12,000 newly established foreign enterprises, including Siemens, Itochu Corporation, and Porsche Finance Lease Co., Ltd. had set up operations there.

These enterprises are the biggest beneficiaries of the zone's efforts to reform and open up.

With the zone's comprehensive opening-up in sectors like manufacturing, service, Shanghai Artemed Hospital, the first foreign-owned general hospital in the Shanghai FTZ, opened on Sept 26, 2019. The hospital has become a shining example of how to improve the zone's service sector.

It has historically been difficult for foreign businesses to invest in sectors such as financial training in China, but the shortened negative list, which permitted wholly foreign-funded enterprises to operate in more sectors, giving IfFP an opportunity to expand into the Chinese market.

IfFP received approval from the commerce commission of the Shanghai FTZ in just two days' time, according to Zhong Ke, general manager of the company.

The zone's efficient and high-quality services are what allowed IfFP to begin operating there, Zhong said.

Statistics show that by the end of June, the zone had pioneered 54 measures to further open up, and 3,392 projects were launched in the zone.

Authorities have said that the zone will ramp up efforts to improve its business environment, explore new ways to promote trade, and further loosen restrictions on investment in the aim of increasing its international influence and further consolidating itself as a leader in reform and opening-up. MILEBAIYE—— the dark horse of the East appeared on NASDAQ screen